ColourFull Kitchens was started in 2012 after Paul moved house.  The kitchen in his new home was dark teal/navy blue and made the whole room feel really dark.  Paul got in touch with a couple of local kitchen companies and was quoted £12-15,000 plus fitting for a new kitchen.  Deciding that the layout of the kitchen did not need changing, the quality of the existing kitchen was fine, and that the quotes were very expensive, he contacted a local replacement door company.  Paul was astounded to be quoted over £6000 for new doors that were still going to be a foil wrap on chipboard, just a different colour.  And they advised it was only the doors and drawers that would be changed, no other parts of the kitchen.

Paul had been a car sprayer for over 30 years and it suddenly occurred to him that he could spray paint the doors and drawers with car paint.  He removed them all, spray painted them white and refitted them.  Realising he needed to do something with the non-removable parts of the kitchen, he spray painted them too.

And so ColourFull Kitchens was born…

Paul started out doing the preparation work in his garage and did the spray painting in his former employer’s spray booth, but soon realised this was not suitable.  He decided to rent a small rural industrial unit and the business was slowly ticking over and customers enquiring, but it was hard to advertise a business that was a totally new concept.

In March 2014 Paul moved ColourFull Kitchens into a unit on Lancing Business Park, where we are today, and built a spray booth inside with suitable fans, compressors and breathing apparatus.  By now Paul was using paint created and supplied by Morrells which is designed for spray painting items made from wood or mdf.  The company was equipped with the correct tools and spray guns and now had the space to do the preparation work that is required prior to the spraying.  In May 2014, ColourFull Kitchens became a Limited Company.

Richard joined the team, contracted to work alongside Paul, Richard too has over 30 years of car spraying experience and an amazing eye for detail.

During 2014 Jayde started work with ColourFull Kitchens and along with Richard, prepares, primes and spray paints kitchens and furniture.

Also during 2014, Zoë joined the team as office support.  Introducing a new back office system, writing a new website and focussing on online marketing, the mission was to spread the word that there was another option to replacement kitchens and doors.

Since the beginning of 2015, ColourFull Kitchens has grown at a tremendous

speed.  We have continuously advertised on More Radio (formally Splash FM) and boosted our Facebook & Twitter pages.  ColourFull Kitchens won “Best New Business” at the More Radio/Splash FM 2016 Awards and has repeatedly received wonderful testimonials from our customers.  Our website and social media pages continue to grow with photos of kitchen and furniture transformations, videos, testimonials and information to assist our potential customers.  In April 2016 ColourFull Kitchens became vat registered.

Our team has also grown over the past couple of years, and we now have Reece working in our unit too.  Reece is an experienced sprayer and also a joiner/cabinet maker.  This means that if our customers wish to have new worktops etc, we can supply and fit them ourselves, rather than involve external carpenters.

In December 2016 we opened our showroom in South Street, Lancing so that customers can see and feel the spray painted finish on our display kitchens and furniture.  Find out more on our Our Showroom page.

During 2017 we have continued to grow as a business and in November won the Highly Commended Award for Small Business at the Adur & Worthing Business Awards.  We also won the Christmas Window Competition in Lancing for our elves display.

2018 was another an incredible year and we continued to be busier than ever.  In addition, we were invited to take part in The Parliamentary Review (to be published 2019), and were shortlisted in this years Adur & Worthing Business Awards in the categories of "Innovation" & "Business In The Community"... we won the Innovation Award!  We also painted 14 large planters in Lancing & Sompting to brighten up the village and bought a brand new van! 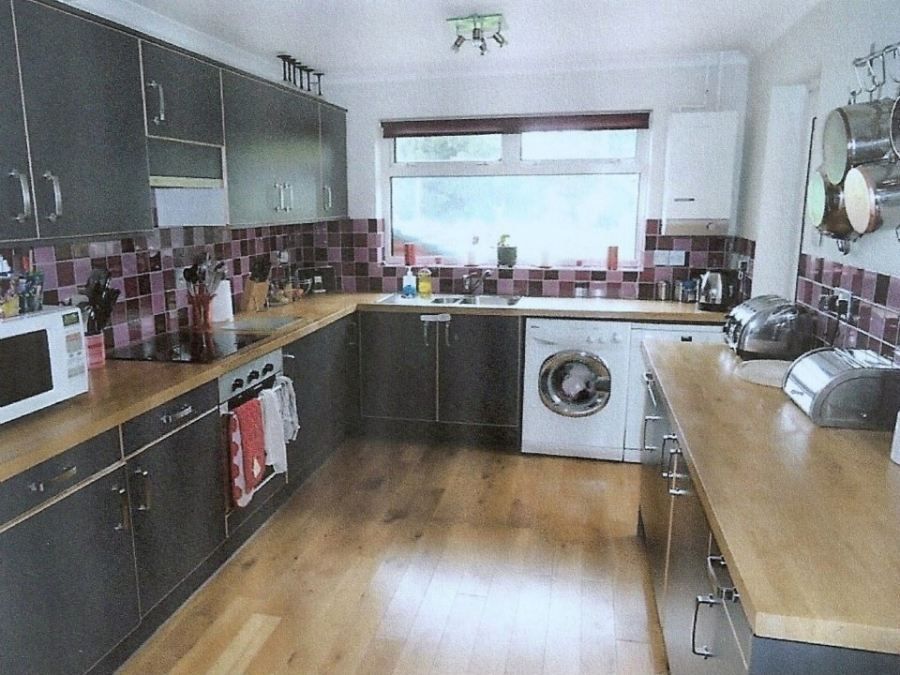 Paul's kitchen "before" when he moved house 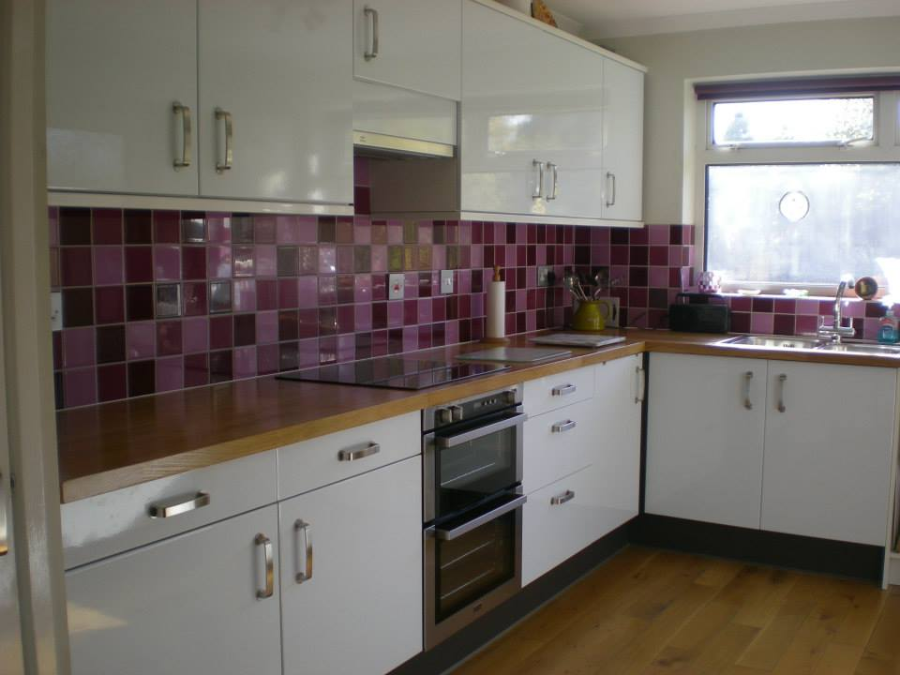 Paul's kitchen "after" he had spray painted it 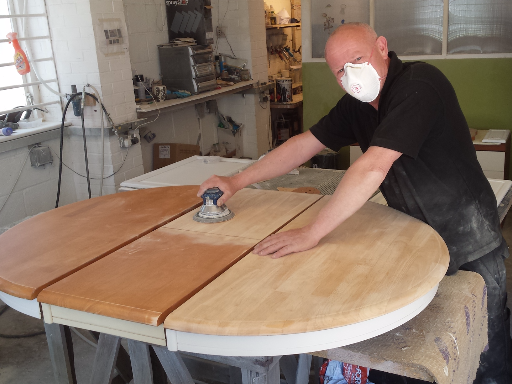 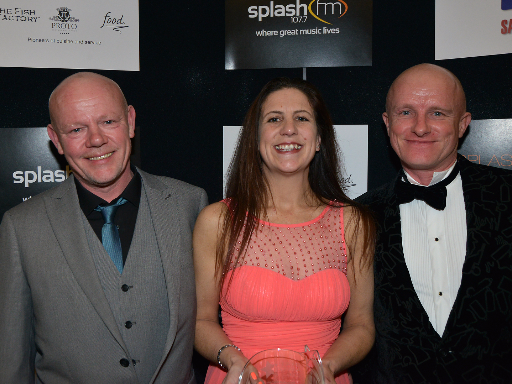 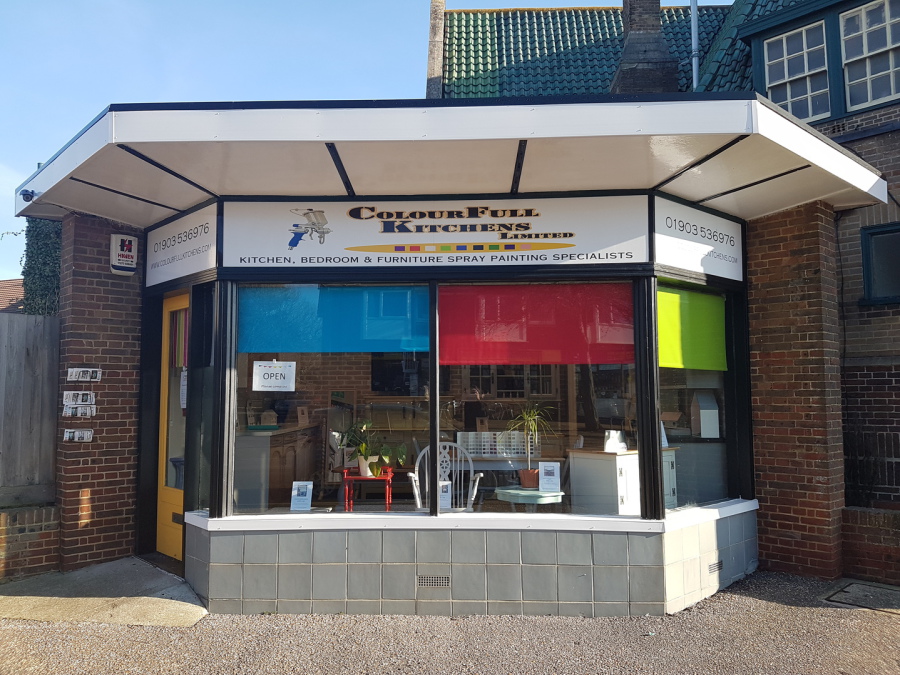 Our showroom is now open at 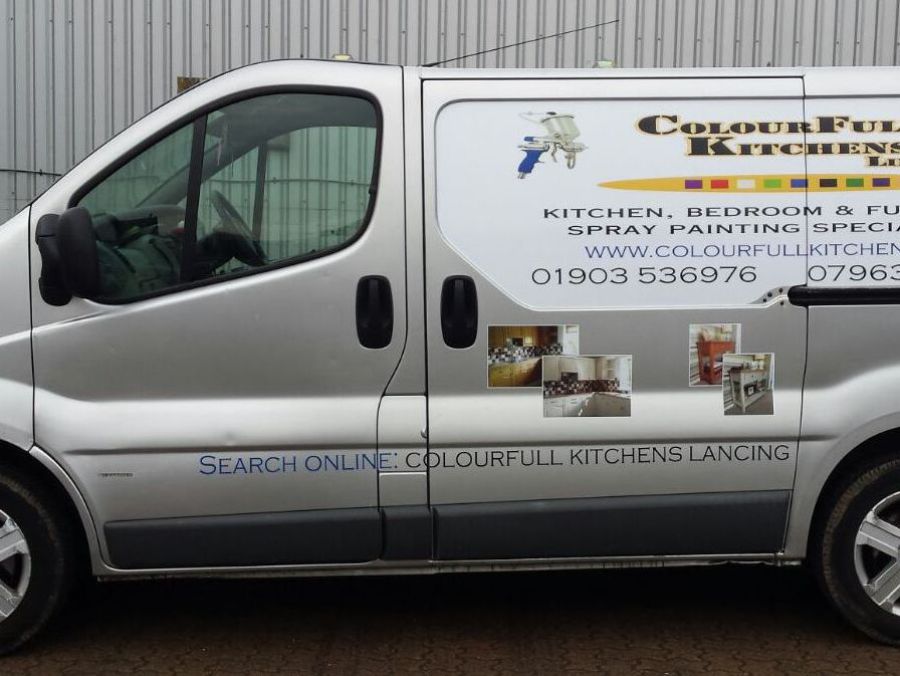 Look out for our van... it's often in Lancing, Worthing, Shoreham and in fact all over Sussex 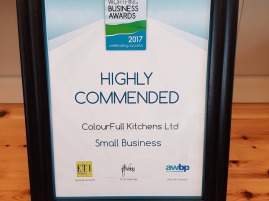 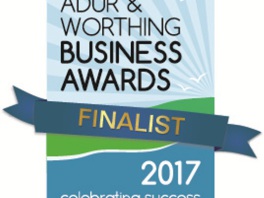 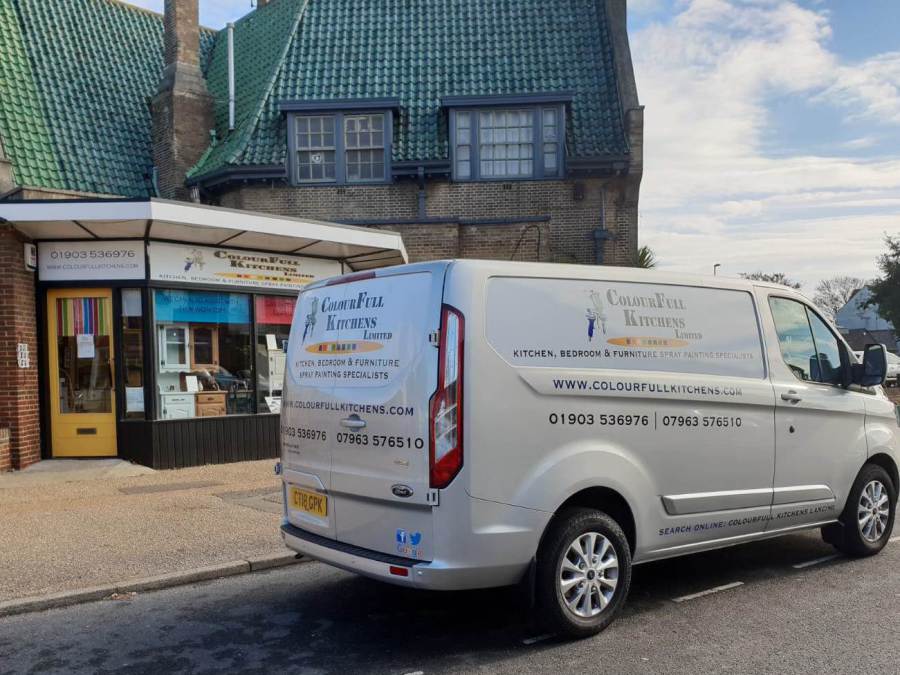 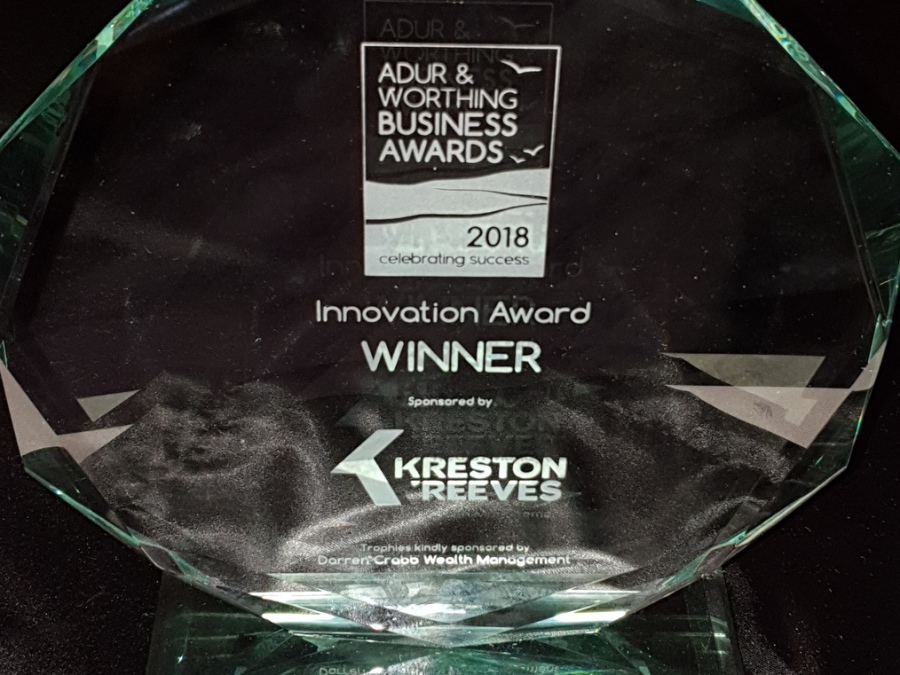 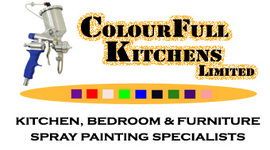 To receive an estimate, please email us :

- a couple of photos

- which town you live in

For opening hours, please visit our Contact Us Page 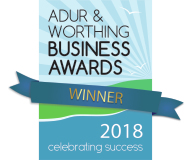 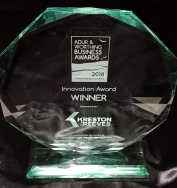 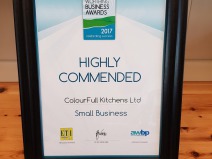 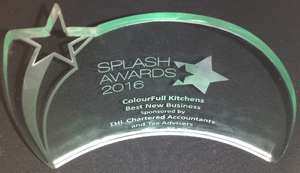 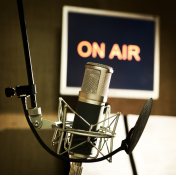 Listen to our latest advert now playing on More Radio 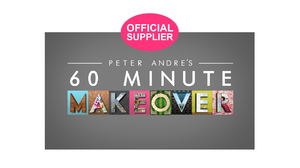 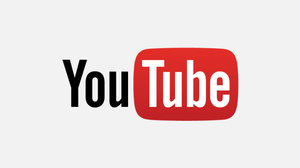